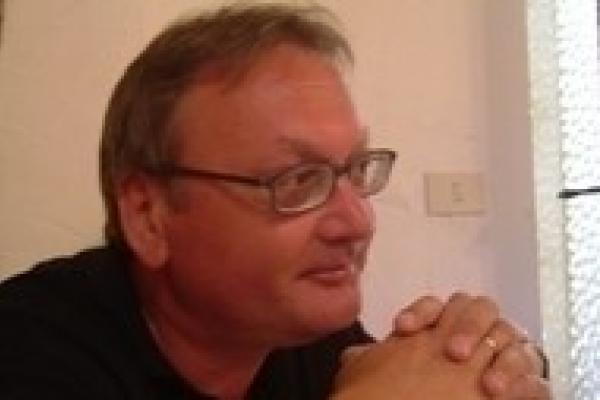 Please join us for a Talk by

time and place (and format!) TBD

Botho Strauß (1944-) is still regarded as one of the leading contemporary German writers, famed for his earlywork in the theatre with Peter Stein (Trilogie des Wiedersehens, 1976) and his postmodern re-invention of the superannuated genreof the Bildungsroman (Der junge Mann, 1984). Always regarded as an intellectual and ‘difficult’ writer in the tradition of Heidegger, Adorno and Derrida, Strauß alas ruined his avant-garde reputation with the essay Anschwellender Bocksgesang (1993-1994),which many saw as an appeal to the neo-nationalist right. Since then his public profile has been much reduced. This paper argues however with George Steiner’s On Difficulty (1978) that the chief significance of Strauß’s literary project and major impulses for his self-understanding are to be found neither in leftish Critical Theory and deconstruction nor reactionary rightish Heideggerism. Instead, it seeks to disclose something almost  untouched  in  scholarly  research on  Strauß:  his  lifelong fascination  with evolutionary theory, so that he in fact belongs with his hero Thomas Mann in the great Classic-Romantic tradition of the poeta doctus. The genetic-aesthetic motif of random copying with modification, derived  from  the evolutionist  philosopher  Jacques  Monod, not only connotes Strauß’s perennial habitus of  intertextual rewriting.  It also symbolises both the  search  for  authentic selfhood of  Bekker in Rumor (1980) and  of  the intrinsically uncreative  recycler Syks in the cultural  evolution experiment  of Der  junge Mann.  Later,  moreover,following Strauß’s celebration of the complex evolutionism of system theory in Beginnlosigkeit (1992), the copying motifenables his attempt in the autobiographical Die Fehler des Kopisten (1997) to circumscribe the  father-son  relationship with  a  new,  postmodern,  posthumanist  poetic  of plural self-construction. In all this Strauß is argued to be a writer whose central purpose is not (only) radical politicsof left or right, but in the age of science (Werner von Siemens) to bridge the ‘two cultures’culture divide made famous by C.P. Snow.