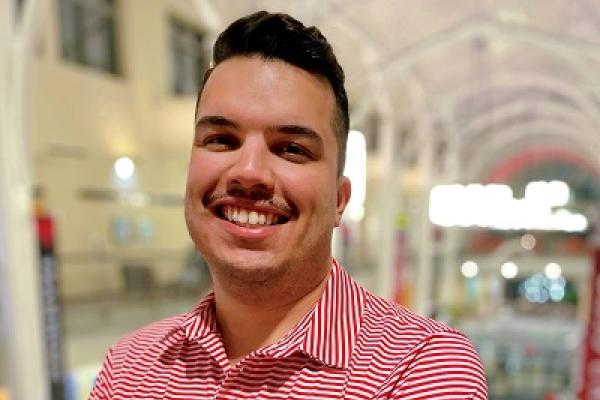 GLL doctoral student Jorge E. Clavo Abbass has been elected President of the Council of Graduate Students! Jorge previously served as the GLL delegate to the Council from 2019-2020 and again from 2021-2022. As a delegate, he also served on the International Student Affairs, Ray Travel Award, and Diversity, Equity, and Inclusion internal committees, and he has externally represented CGS in the Graduate Council and the University Conduct Board.

As President, Jorge’s roles will include presiding over all meetings of the Council and implementing all decisions of the Council, as well as serving as the liaison between CGS and the Graduate School, President Kristina Johnson and her cabinet, University leadership, and the Ohio State Board of Trustees. Jorge will also serve externally as an ex-officio member of the Graduate Council, the University Senate and its Steering Committee, and the Council on Student Affairs. He looks forward to working together with President Johnson and Provost Melissa Gilliam regarding the future of graduate compensation and benefits, as well as with Academic Affairs and Student Life leadership on ensuring the future of financially viable graduate family housing. In this way, Jorge and CGS look to contribute to the efforts to ensure that Ohio State remains a competitive and appealing destination for graduate students, not only amongst the Big Ten, but also in the nation and the world.

Founded in 1955, CGS is the official branch of student government that represents every graduate student on the main and satellite campuses. CGS works with various stakeholders towards a continual improvement of the graduate student experience at The Ohio State University. CGS leadership serves as staunch advocates in the process of crafting University policy-making decisions. CGS’s competitive funding programs and graduate-centered programing additionally support the personal and professional development of all graduate students. CGS delegates are elected from every graduate program and are responsible for communicating concerns and representing the opinions and interests of their constituents at monthly meetings.