Thoughts from our Alumni

Here is what OSU students say about the value of studying a foreign language. Our alumni have gone on to do amazing things and have applied their undergraduate experiences to their careers and lives in meaningful ways.

Class of 2019, Double Major in German and Environmental Science 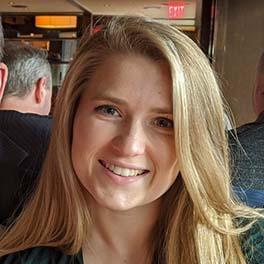 Hi! My name is Maggie, and I’m currently in the first year of my master’s studies seeking a degree in soil science. I completed my undergraduate studies here at Ohio State in 2019 with dual degrees in German and Environmental Science, and I was heavily involved with the German Department through extracurricular opportunities. During my undergraduate studies, I was involved with the German Club at Ohio State, the Dresden Sister Cities Initiative, and the Ohio German Language School. From 2017 to 2018, I lived, studied, and worked in Germany through the Congress-Bundestag Youth Exchange for Young Professionals. My focus now is on helping other students find happiness and fulfillment in their German studies the same way that I did—studying German in addition to Environmental Science has made me a better student, a more qualified professional, and a more confident and understanding person. Hopefully, studying German at Ohio State will do the same for you—or more!

Class of 2014, Double Major in German and Political Science 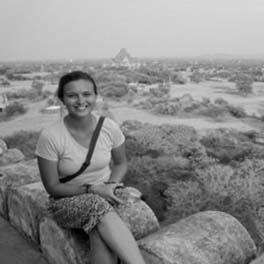 The German Department was a central part of my personal and professional growth during my undergraduate studies at The Ohio State University from the very beginning. When I started at Ohio State, I had just returned from a year abroad in Germany on a CBYX (Congress-Bundestag Youth Exchange) scholarship. Naturally, I enrolled in a German class to continue using the language. The department acted as a bridge for me between cultures as I transitioned back from this year abroad. My classes were always small, allowing me to get to know the faculty personally early on, which was important for my professional development. At a large university, the German department provided me with a home where I felt a part of an integrated network of students and faculty as opposed to just another student in a sea of undergraduates. Although my work now largely focuses on Southeast Asia, I have many to thank in the department, particularly May Mergenthaler, for the continuous support they gave me in pushing me academically and helping me achieve many professional goals. Currently, I am finishing my M.A. in International Studies at the University of Washington on a FLAS Fellowship for Burmese and will be starting my Ph.D. in Sociology at the University of Michigan in September of 2017.

Class of 2016, Double Major in German and Marketing 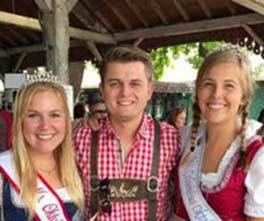 Holding a degree in German is more than just being able to speak the German language. It is the ability to see from another perspective, to understand concepts that others may see as foreign, and to think globally. I am currently in a leadership development program with a Fortune 100 company and I have no doubt that German has made an impact on my professional life and will continue to do so in the future.

Class of 2015, Double Major in German and Computer Science 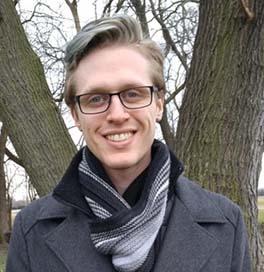 I graduated from Ohio State University in 2015 with degrees in German and computer science. After graduation, I joined one of the world's largest technology companies, IBM, as a software engineer on the Watson project. It is there that I work with a diverse team of experts in linguistics, engineering, philosophy, and alle anderen Fächer dazwischen, to build tools with cognitive and language understanding capabilities. Knowledge of German has been indispensable in working with my colleagues from around the world and has equipped me in my personal and professional life with a more global perspective. I am indebted to my wonderful professors at Ohio State who inspired a love of language in me and gave me the skills necessary to communicate with more people in an increasingly global society.

Class of 2014, Triple Major in German, International Studies, and Geography 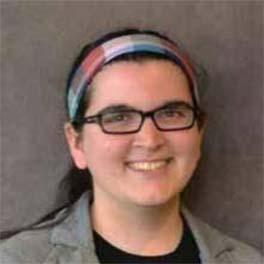 When I came to Ohio State in 2010, I started out as a German minor. I had a fantastic German teacher throughout high school who made me enthusiastic to learn the German language, but it was never my intention to pursue German beyond what was necessary for my International Studies major. However, after my freshman year, I came to a few realizations: my classes in the German department were the most memorable, my German professors were among my favorites, and I generally just really enjoyed learning and improving upon my German language skills.  This led me to change my German minor into a major, spend a summer abroad at the Goethe Institute in Dresden, Germany, and eventually apply to be and receive a Fulbright English Teaching Assistantship. My gratitude for the opportunities and all the people who mentored me is endless. I owe so many of my favorite life experiences to Ohio State and the Department of Germanic Languages and Literatures.

Class of 2016, Double Major in German and Marketing 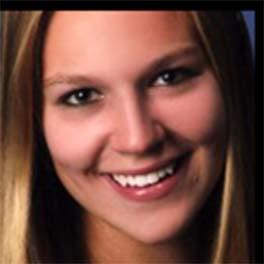 I originally planned to study Business with a minor in German but after my first week of 1000 level German class at Ohio State, I fell in love with the idea of continuing to study German in college.  I proceeded to declare a dual major the second week of my freshman year.  I realized the importance of taking time to study German in college, because later in life, I might not have the opportunity to delve deeper into the language.

The summer after my sophomore year, I did an internship in Berlin, Germany through Fisher.  This was an incredible opportunity to combine both of my majors to get experience in the German language and in the business field.  This internship fell directly after I finished the "German for the Professions" series of courses in the German program, so it was perfect timing to apply the German I learned in a professional context.  The internship, which included both international and language experience, set me apart from my peers as I went on to complete the job and internship search for post-graduate plans.

I now am working as an Assistant Brand Manager at Procter & Gamble in Cincinnati, OH.  I am grateful for the variety of experiences I had with the German language in college.  It's a long-term goal of mine to spend a couple of years in my adult life living and working abroad in a German-speaking country and my background and current role prepare me well to achieve that goal.