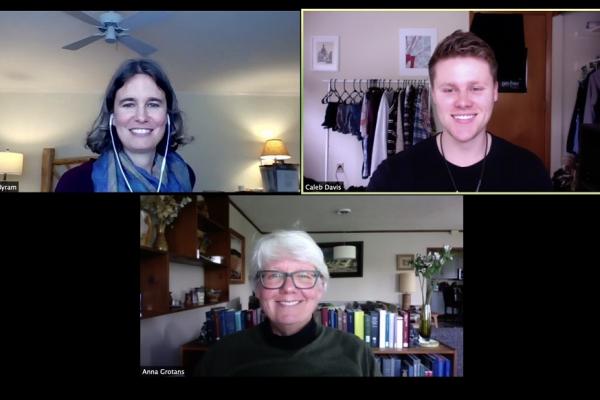 Congratulations to Caleb Davis, who has passed his MA exam.

In his thesis, Caleb wrote about the role of nationalist narratives in commemorative monuments of the mythic character Siegfried. Between 1921 and 1938, several German towns and villages, especially in the Rhineland, erected monuments paying tribute to the soldiers they had lost in WWI. The thesis focuses on how these monuments constructed just before and during the Nazi era use the image of Siegfried to portray the sacrifice and supposed betrayal of the fallen soldiers, as well as the resolve of a vengeful nation.