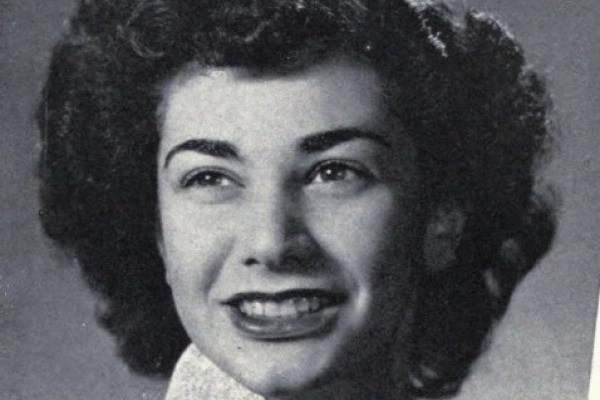 The Felice M. Grad Endowed Scholarship Fund was established in April 2016 by the Board of Trustees of The Ohio State University with a gift from the estate of Ms. Felice Marcus Grad.

Who was Felice Grad? She was born in Dayton, Ohio and attended The Ohio State University, earning two bachelor's degrees in 1946 and a master's degree in 1947. She was an extremely active member of the student body and a member of Chimes, Mortar Board, Phi Betta Kappa, and Pi Lambda Theta national honor societies. After graduating, Ms. Grad served as a Foreign Service analyst, linguist, and translator and developed fluency in seven languages (Hebrew, Italian, Spanish, Portuguese, French, German, and Mandarin Chinese). She traveled the world by ship and airplane, for business and for pleasure. Retirement in 1975 did not slow her down. Ms. Grad enrolled in college courses at the University of New Mexico, engaged in volunteer work, substituted in Albuquerque Public Schools, served as a docent at the Maxwell Museum of Anthropology, and fed the poor through Project Share. She died in Albuquerque in 2015 at the age of 91 and is buried in Clifton Cemetery in Cincinnati, Ohio.

The Scholarship fund her generous gift has established will support off-campus study and/or research for graduate students in AAAS, Classics, DEALL, FRIT, GLL, NELC, SEELC, and SPPO at any stage of their graduate program.

Types of off-campus research and study for which students may apply for funds include but are not limited to: library or archival work, interviews with subjects, conference presentations, language immersion programs, NEH or other summer seminars, the Big Ten Academic Alliance Traveling Scholar program, and professionalization workshops. The scholarship committee solicits applications for awards between $1000 and $5000 dollars (in 2017) depending on demonstrated need. Applicants should submit the following materials:
a CV;
a one- to two-page letter describing the project;
a brief letter of support from the student's advisor;
a budget that includes travel, room and board, registration fees, tuition, cost of rent in Columbus while away, and any other costs that the project entails;
a list of other scholarships for which they are also applying
(from their department, Arts and Humanities, the Graduate School, the Alumni Association, etc. Also, indicate the amounts of these scholarships and if they have been secured or are pending)

The Center for Languages, Literatures, and Cultures will call for electronic submissions annually.