Winner of the 2021 Alexander Stephan Prize in German Studies

Winner of the 2021 Alexander Stephan Prize in German Studies 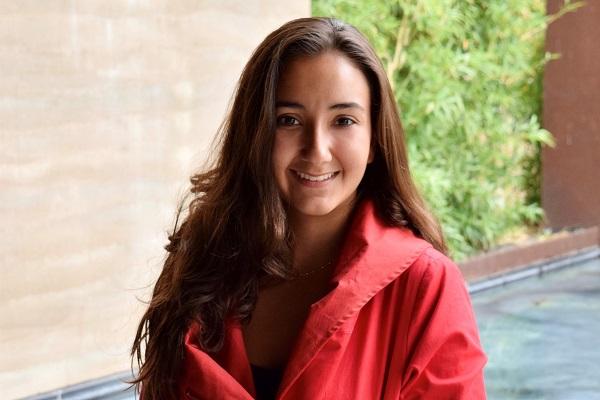 We are excited to announce the winner of the national 2021 Alexander Stephan National Essay Prize in German Studies! This year's prize has been awarded to Sofia Patino Duque, who is studying at Stanford University.

As in past years, the committee read a number of exceptional essays, but Sofia's work stood out thanks to its clear prose, nuanced analysis, and engaging argument. In particular, the committee commends the persuasive manner in which she deployed sophisticated close readings of Tieck’s canonical works to identify broader literary and cultural trends in German Romanticism while opening new avenues of research.

Sofia Patino Duque's essay bears the title, "From I Will to We Were: The Transition from Early to Middle Romantic Ideas in Ludwig Tieck's Der blonde Eckbert (1796) and Die Elfen (1811)," which aptly describes the multiple dimensions of the project. Patino Duque undertakes a close investigation of constitutive features of two separate short narrative texts by a paradigmatic romantic author in order to describe fundamental changes in the character of the romantic movement in general. Although always careful to refrain from excessive generalization based on only two works and similarly reluctant to assert a specific causality behind the transformation of German romanticism, she makes a compelling case for a significant shift within romantic sensibility between the early and middle phases of the movement that helps us better appreciate the Tieck texts as well as understand the larger historical trajectory. The central distinction in the essay contrasts an individualism associated with aspirations for the future in Der blonde Eckbert with the collective or social categories embedded in an orientation toward the past in Die Elfen. The difference is compounded, according to Patino Duque, by a shift from a philosophical to a historical rhetorical register. These components are explored systematically in terms of four vectors: alternative structures of temporality, the construction of narrative voice and agency, the character of the supernatural dimension at the core of each story, and the scope of the consequences of transgressive actions. The close examination of textual features and the rigorous analytic approach make this paper an important contribution to our understanding the metamorphosis of romanticism from a philosophical individualism at the outset of the movement at the end of the eighteenth century into a national historicism fifteen years later in the context of the Napoleonic Wars.

The Department of Germanic Languages and Literatures at The Ohio State University awards this prize as the result of a nation-wide contest judging papers of outstanding academic quality and originality that combine the forces of critique and engagement.