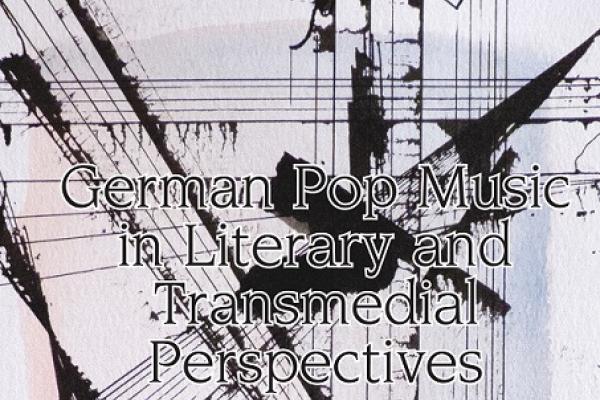 Andy Spencer has published the essay "First World War Commemoration: Einstürzende Neubauten ‘Do It A Dada’” in the volume German Pop Music in Literary and Transmedial Perspectives, edited by noted W.G. Sebald scholar Uwe Schütte. The essay grew out of a paper Andy presented at the conference »Alles wieder offen.« Einstürzende Neubauten zwischen Klang, Wort, Ritus, held at the Literaturforum im Brecht Haus in Berlin in May 2019, organized by Schütte and Falk Strehlow and which featured a performance by Blixa Bargeld of Einstürzende Neubauten.

The essay focuses on the Neubauten performance piece Lament, which was commissioned by the Belgian city of Diksmuide in Western Flanders to mark the centenary of the First World War and the devastation it wrought in that part of the world. Spencer argues that the multiplicity of sources included by Neubauten mirrors the technique of montage employed by DADA artists of the time around the First World War and is thus as appropriate as it is revealing. The essay actually represents Spencer’s second published piece on the band, following as it does “Einstürzende Neubauten and Heiner Müller. ‘Kopfarbeit’ or the Theatre in your Head”, which appeared in Heiner Müller: Probleme und Perspektiven. Bath-Symposion 1998 (Rodopi) and was subsequently reprinted in the Theater der Zeit ‘Arbeitsbuch’ Theater der Welt 1999 in Berlin.

The present eclectic volume includes eleven essays on topics such as the use of Kraftwerk’s music in film, electronic music in Peter Weber’s novel Die melodielosen Jahre, album-novel hybrids, and Romanticism in German progressive rock.