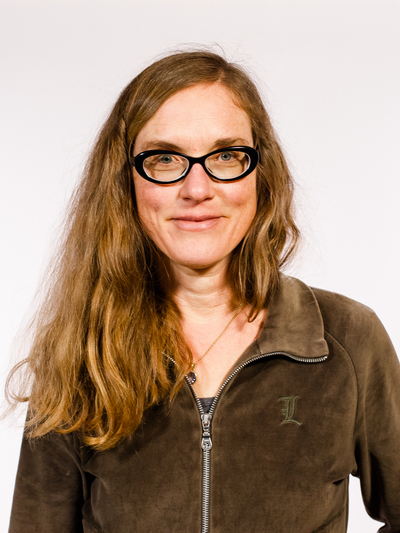 BA (U of Hamburg, Germany), MA (Johns Hopkins U), PhD (Princeton U)

May Mergenthaler is currently working on a book on the functions, concepts, and figures of light in German poetry from the early  18th to the early 19th centuries. She argues that light plays crucial roles in the emergence of the modern lyric. In the wake of secularization and the loss of a secure place in a religious cosmos, poetic formulations of light that merge and transform various cultural, scientific, and religious discourses become a means of understanding human beings as part of a natural world. May Mergenthaler has just received a prestigious 18-months Humboldt Fellowship for experienced research as well as Ohio State’s 2020 Virginia Hull Award in support of her book on light in German poetry.

In addition, May Mergenthaler is pursuing various smaller projects in the realm of Environmental Humanities: A handbook article on the cultural imagination of desert vegetation; a co-authored article exploring the foundational legitimizing function of science as it appears in the various digital and live expressions and actions of the Fridays for Future movement; and an essay on literary formulations of the relationship between pandemics, nature, and indigenous cultures.

Her first book, Zwischen Eros und Mitteilung: Die Frühromantik im Symposion der “Athenaeums-Fragmente” (Paderborn et al.: Schöningh, 2012), explores the project of Early Romanticism as a collaborative––and self-contradictory––writing endeavor between male and female members of Jena Romantic circle, modeled on and critically adapting Plato’s Symposium. The essays in her co-edited volume on Cultural Transformations of the Public Sphere (Oxford et al.: Lang, 2015) explore past and current tensions between the perceived need for a public, universally accessible sphere of rational discourse as a means of creating consensus in society and controlling state governments, as conceived by Jürgen Habermas, on the one hand, and people’s particular identities, cultures, or belief systems. May Mergenthaler has also published articles on the literary public sphere of the late 18th century (to appear 2020 in Sprache und Literatur); the critique of contemporary poet Friederike Mayröcker (in Fragen zum Lyrischen in Friederike Mayröckers Poesie, 2020); and Hölderlin’s famous poem Blödigkeit and its interpretation by Walter Benjamin.

May Mergenthaler is also Associated Faculty of the Sustainability Institute.

She teaches a variety of undergraduate and graduate courses on German literature, culture, intellectual history, and language. Recent courses include “Thinking about Nature: From 18th-Century Aesthetics to Current Reflections on the Covid-19 Pandemic,” “From Vikings to Orcas: Nature in Germanic and Scandinavian Literatures,” and “News and Views” about topics like migration, environmental politics, or sports in contemporary German-speaking media.