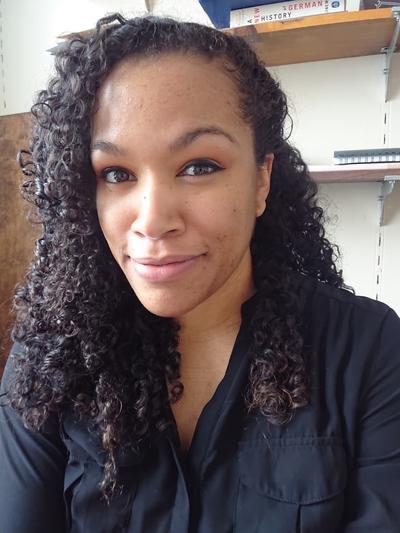 Cynthia D. Porter received her B.A. in German Studies from Denison University (2010), a Master’s in German Studies (2013) and a subsequent Master’s in Popular Culture (2015) from Bowling Green State University, and completed a joint Ph.D. in German and Comparative Media from Vanderbilt University in 2022. Her research falls under the categories of Body Studies, Comparative Media Studies with a focus on the depiction of the body in German canonized literature and contemporary film, the body-mind connection in relation to body modification, depictions of German history and heritage in Hollywood blockbuster films, and Afro-German Studies. Her dissertation examines the history of tattooing in the wake of moments of perceived cultural rupture and transition in German twentieth- and twenty-first century history.

Cynthia's recent publications include an edited volume chapter entitled “The Promise of Agency: Photographs and Value in Tattoo (2002)" in Moving Frames: Photographs in German Media. Her first article was published in 2020, entitled “Lang’s Fury Continues to Resonate in the #BlackLivesMatter Movement.”

Some of Cynthia's favorite course offerings include "Body Modification in German History," "Women in German Media," and "Afro-German History & Culture." In addition to her advanced German courses, she greatly enjoys teaching introductory courses to the German language.